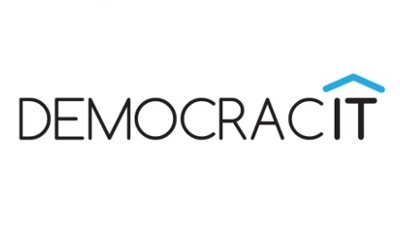 Nowadays, in Greece, there is a vast amount of data which arise from the draft laws public consultation. This type of consultation allows citizens to express their views, suggestions, arguments, or disagreements which are associated with the ongoing legislation. However, the current consultation system and its infrastructure discourage citizens from participating and, moreover, it does not offer policy analysts and shapers the necessary tools to take full advantage of citizens’ participation. Furthermore, there is no direct way to determine the impact of the consultation on drafting the final law.

With DemocracIT project we give power to the people and necessary analytical tools to policy shapers:

Power to the people

In Greece, citizens express their views, regarding policies and legislations, within the framework of public consultation (PC). PC can be the primary way of citizen participation in the legislative process: in this way, they indicate problems, suggest improvements and defend rights threatened by the legislative process or policy making. By mid-2014, over 440 draft laws had been under PC, but citizen participation was decreased. Why?

We want to change that and we bring innovation with DemocracIT project.

With DemocracIT project we aim to build a community and a technological information infrastructure which will allow the creative participation and the utilization of the public consultations data, so that:

DemocracIT aims at the coordinate expression of citizens’ views, regardless of the class or group they belong to. It also aims to highlight citizens’ objections, suggestions and arguments and energize them so that they substantially participate in the conformation of the institutional framework, before the law is formed.

Who is it for?

See here the presentation of DemocracIT for the Industry Disruptors Conference

You can visit the demo site in english and participate in the legislative process expressing freely your opinion.

We organized and participated to promotional actions and events.

Some of our actions are:

Moreover, we conducted 3 workshops with the participation of a variety of organizations and a conference in cooperation with the Network for Employment and Social Care, the MUNICIPALITY OF KORYDALLOS and the NATIONAL TECHNICAL UNIVERSITY (NTUA) of Athens. We investigated the “Development of a Participatory Democracy and Politcs  at a Local Level - a contemporary challenge”, also we presented the best practises used in the context of the “we are all citizens” programme, promoting a participatory democracy  via innovative applications. The event was attended by a large number of participants. It is worth mentioning that the students’ participation and their strong interest, contributed to the creation of a productive dialogue.

This project was funded by Iceland, Liechtenstein and Norway under the EEA Grants Greek NGO Programme “We are all Citizens”. The Bodossaki Foundation is the Fund Operator of this Programme. The Programme aims to strengthen civil society and enhance the contribution of NGOs to social justice, democracy and sustainable development.