Wednesday, 27 January 2016 Published in Past Seminars 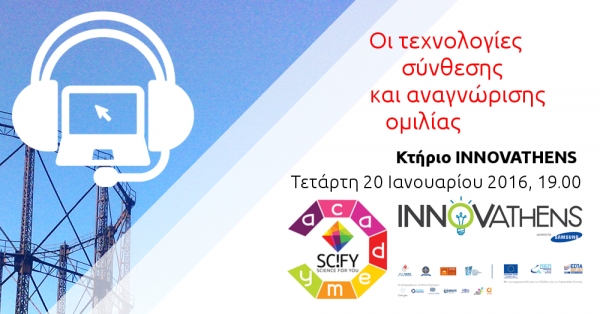 On Wednesday 20th of January, SciFY’s team, organized in INNOVATHENS, Technopolis Hub of Innovation and Entrepreneurship of the Municipality of Athens, a seminar, devoted to the synthesis and speech recognition technologies. 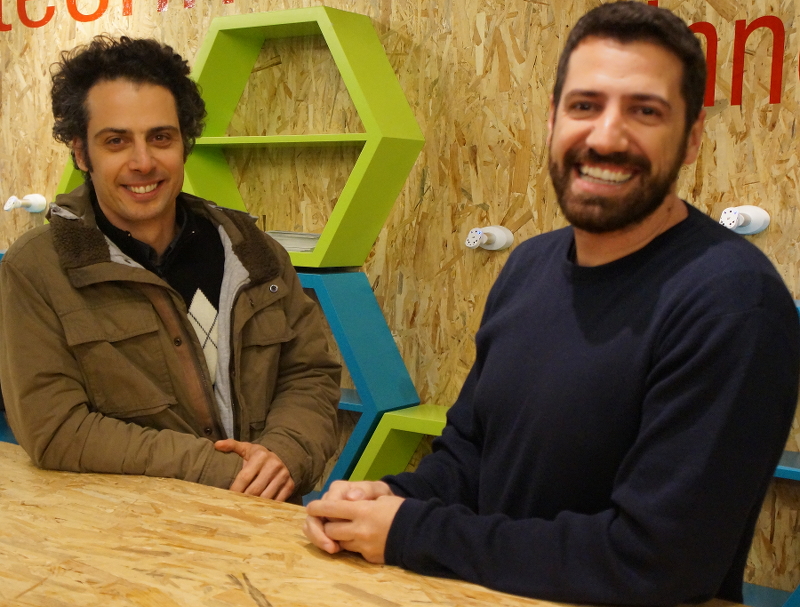 Almost 100 people, watched Aimilios Chalamandaris, co-founder and director of INNOETICS company, and Nasos Katsamanis, researcher of Athena RIC and co-founder of beenotes company, to analyze the text-to-speech and speech-to-text technologies. 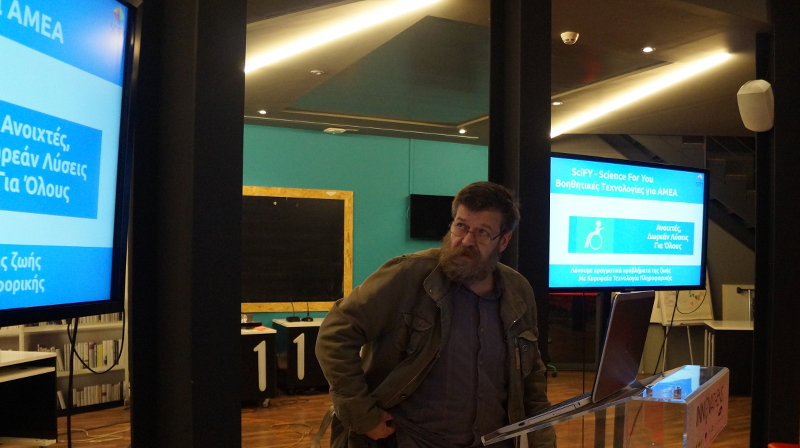 The event was introduced by Mr Vassilis Salapatas, one of SciFy’s co-founders, presenting the new improved version of the innovative ICSee application, funded by the Latsis Foundation. He stated that: "Using ICSee (I Can See), people with low vision can read a short text such as the list of a restaurant or the price on a receipt, which would otherwise be very difficult or even impossible to do. So their everyday lives improve greatly."
We recommend to those who have android devices (smartphone or tablet), to download the application from google play for free 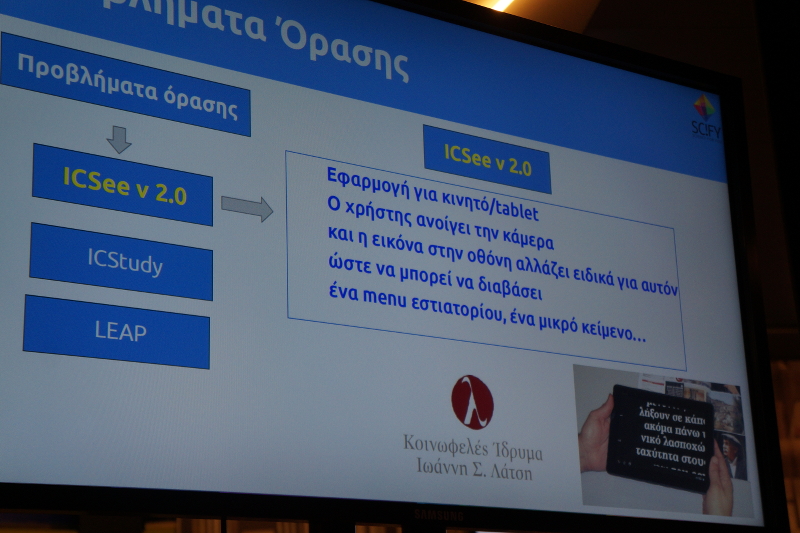 “Look, I can manage without a screen!”

Followingly, Aimilios Chalamandaris referred to the Immitation of speech production methods (parametric, voice immitation as signal and hybrid voice), including the systems using speech synthesis, such as Text normalization and Unit selection. Furthermore, he described to us in which areas of everyday life this technology applies. Examples include Education (audio books, talking dolls), GPS navigation, the public transport announcements, the human-machine interface, and the preservation of languages that tend to disappear!
Those of you who wish to see and practice one of INNOETICS applications, such as writting a text and listening your computer reading the message, press here.

“Look, I can manage without a keyboard!"

In the second part of the event, Nasos Katsamanis, analyzed the technology of speech recognition, converting the speech into text. Typical examples of the use of this technology, is the video subtitling in Youtube, Google voice input and telephone monitoring. Next he explained to us that for developing an application that uses speech recognition technology the following things are required: data, a list of voices, accoustic models and tools for speech recognition such as: KALDI & CMU Sphinx.
Furthermore we were informed that in some cases it is a good thing that even... “the walls have ears”. In particular there was a reference to how our fellow citizens with some form of disability can be able to use the electrical appliances in their house giving simple voice commands. The name of this project: DIRHA 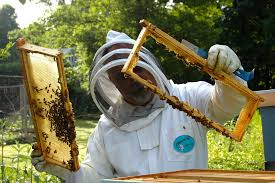 Finishing, for those wondering what relevance apiculture has with all the above, in SciFY Academy, we learned that the speech recognition technology is used by the beekeepers so that they can keep voice notes, due to they cannot keep written notes because of their clothing!

As a conclusion, we would like to thank the speech rapporteurs, Aimilios Chalamandaris and Nasos Katsamanis, Latsis Foundation for the sponsorship offered to us so that we can upgrade the ICSee application, and all of you that attended the event..
See you soon...

You can watch the whole event of 7th SciFY Academy here.
To receive notifications about the next SciFY Academy you can register here.